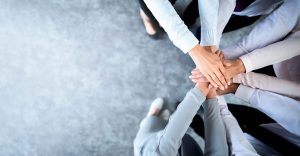 Sports fans are familiar with the drama, excitement, and spectacle associated with professional sports. In this crucible of athletic skill and mental challenges, many strong leaders are forged. Here are a few of the lessons these leaders have imparted to us.

“Nobody who ever gave his best regretted it.” – George Halas

George Halas learned the value of giving your best and playing with no regrets both as a professional athlete and as founder of the Chicago Bears, one of the most storied franchises in NFL history.

“The road to Easy Street goes through the sewer.” – John Madden

Hall of Fame Oakland Raiders coach and sportscaster John Madden recognized that in football and in life, sometimes you’ll have to push through hardship before smooth sailing.

“Failure is not fatal, but failure to change might be.” – John Wooden

Much-loved UCLA basketball coach John Wooden always taught his players to succeed not just in basketball, but also in life. He understood that failure can be a positive force for change if utilized the right way.

“If you quit once, it becomes a habit. Never quit.” – Michael Jordan

The greatest basketball player of all-time was known for his relentless work ethic and competitiveness, which he used to achieve six NBA championships during his career.

“Never forget where you came from and the people that made you who you are today.” – Javier Loya

Even after making history as the first Hispanic team owner in the NFL, businessman Javier Loya of OTC Global Holdings still credits the influence of his father and his family in setting him up for success.